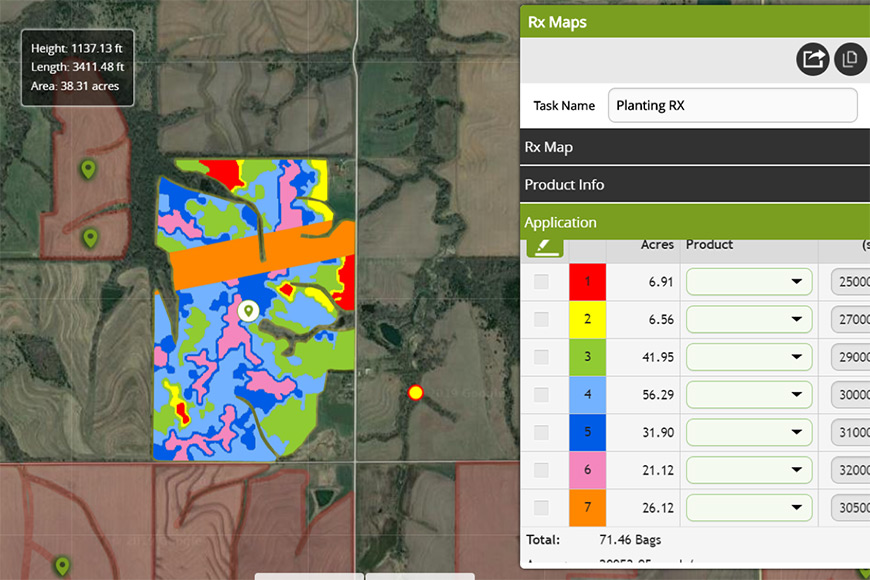 What steps can be taken to help improve your corn crop? For farmers in my geography, where crops are often limited by rainfall, it’s by improving yield potential on less productive acres. In some cases, I’ve seen farmers increase yield by 10 to 15 percent on tough acres just by managing them differently with the help of variable-rate technology. It is all about getting harvestable ears, and sometimes less population gains more yield potential. Here are some recommendations I have if you’re ready to implement variable rate on your farm. 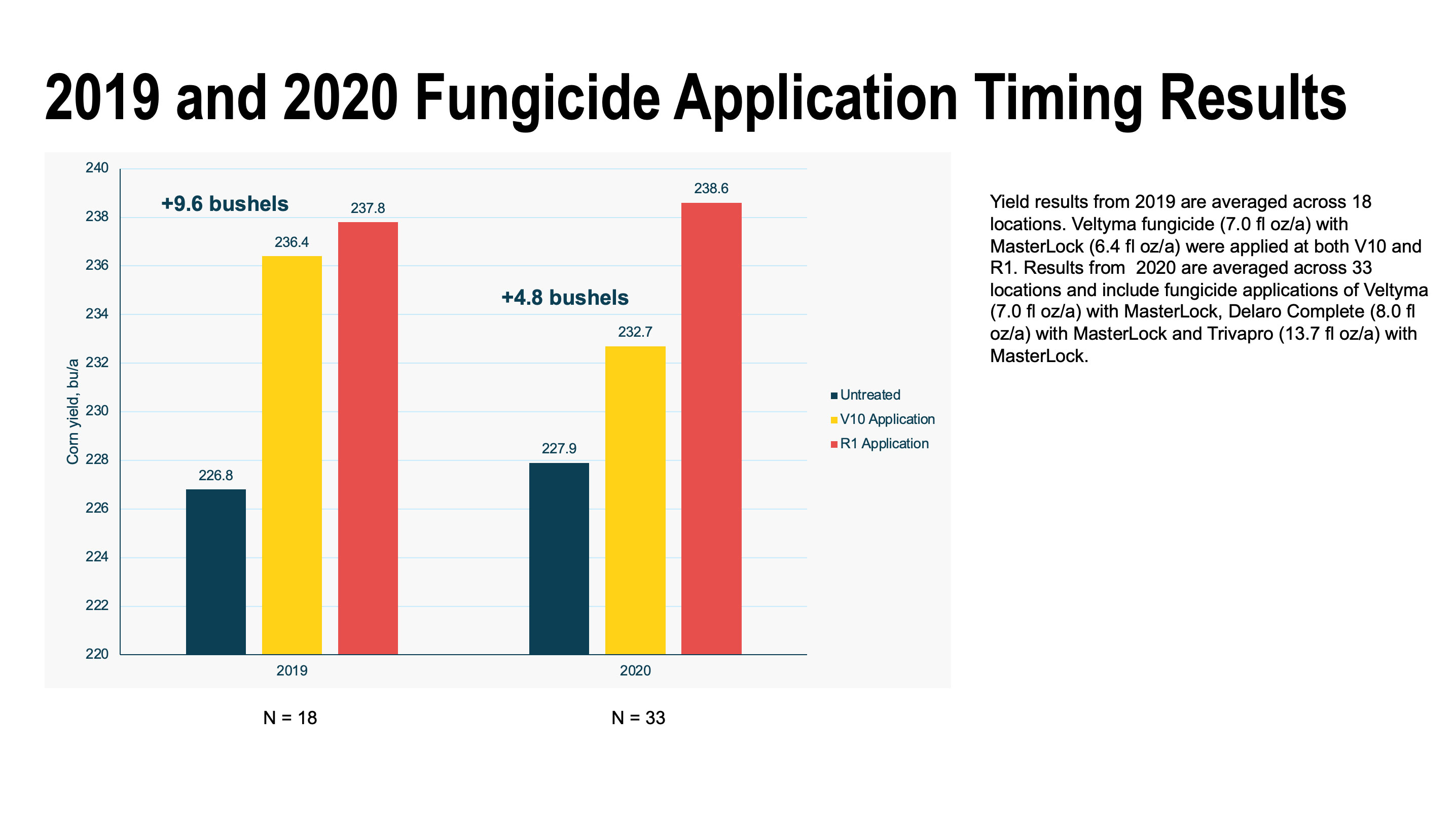 Yield Potential Maps can be used to create prescriptions. In this example, red areas are less productive and blue areas are more productive.

A planting prescription showing variable-rate populations from 25,000 to 32,000 plants per acre, depending on yield potential in each zone.

After your planting prescription is created, you can plan a variable-rate nitrogen prescription to help alleviate nitrogen deficiencies in specific areas. When you use prescriptions for seeding rates, it’s critical that you also adjust your fertilization program to account for the varying number of plants within each zone. If you don’t, you’ll be overfertilizing less productive zones while your most productive acres won’t have the nutrition they need to support those extra plants.

Similar to the planting population prescription, I’d recommend increasing nitrogen incrementally from the lowest productivity acres to the most productive acres. The map below shows a range of 70 pounds per acre of applied nitrogen from the lowest- to the highest-yielding zones.

This prescription for anhydrous ammonia ranges from 150 lb/A of N to 210 lb/A of N, depending on management zone. This field normally gets 185 lb/A of N, and you can see from the map that our average with a variable-rate application is 188 lb/A of N.

If you’re planning an in-season application of nitrogen, you can use imagery to adjust your prescription depending on what’s happening in your field. For example, if there are areas of your field that are severely drought-stricken and yield potential will be limited, you might skip in-season nitrogen applications on those acres and instead put those extra nitrogen units on areas that have better yield potential. Variable-rate technology allows you to make those changes pretty easily so that you get the most from your input dollars based on in-season field conditions.

Building prescriptions isn’t an exact science. That’s why you need to place check strips or blocks in your field to help you evaluate and tweak your management zones. When you add a check strip, make sure it covers all your management zones so you have a reliable point of reference to compare each variable-rate yield against the standard check yield.

The orange block above shows the check strip that will be used to compare yield across management zones. Notice that the check strip will be planted at 30,500 plants per acre, which is similar to my intended average field planting population.


Make the most of your dollars

Prescription-building tools and variable-rate technology are designed to help you capitalize on your most productive acres and to help you boost the potential of your least productive acres. Doing so helps you maximize productivity potential on every acre, which improves overall yield averages. Variable-rate management can give you peace of mind that you’ve done everything you can to make the most of each dollar you spend.

For more information about using the R7 Tool to build variable-rate prescriptions, talk with your locally owned and operated WinField United retailer. 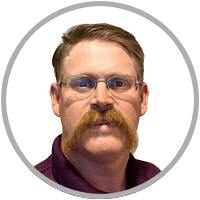 How to Use Tech Tools to Predict Corn Drydown

3 Simple Steps to Introduce Ag Tech to Your Operation