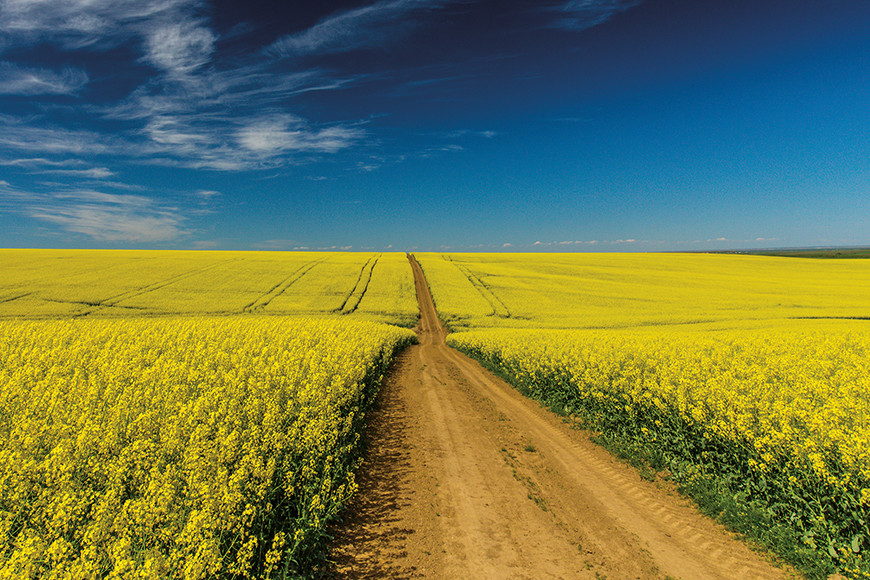 Every growing season, we focus on several aspects of the WinField® United R7® high yield management research at our Answer Plot® locations. When it comes to our canola trials, one area that continues to receive a lot of attention is response-to population (RTP). Namely, what seeding rate is likely to provide the highest yield potential?

Canola is a big plant with a fair amount of flex, so many growers think you can get by with lower populations. While plants do have the ability to compensate for lower stand density, the question is how low can you go before you start sacrificing profit potential? And on the flip side, how much seed is too much before the additional input cost doesn’t provide a beneficial return on investment (ROI)?

Last year, we performed population trials on our CROPLAN® TruFlex™ and LibertyLink® spring canola varieties at four Answer Plot locations. Each product in the population trial was planted at populations of 200,000, 300,000, 500,000 and 700,000 seeds/A. Due to exceptionally dry conditions, only two of those locations ended up being harvested: Moscow, ID and Langdon, ND.

Like it was throughout the Dakotas and western states in 2021, overall yield was down at both locations due to droughty conditions. However, the average yield advantage in the RTP trials closely aligns with that of 2020, which was closer to a typical growing season. The exception to this would be the very high population yields in 2021. In 2020, there was no yield penalty to the higher populations, just a yield plateau.

However, in 2021, due to the droughty environment, the high population proved to be too many plants for the available moisture and there was a significant yield penalty for overpopulating the crop. But, the optimum 500,000 seeds/A rate averaged 127.2 lbs./A more than the lower 300,000 seeds/A rate, which equates to an additional $35.61/A when assuming a price point of $28/cwt*.

While planting a lower seeding rate obviously requires a smaller investment up front, yield results indicate that you might be setting yourself up for a lower profit potential at the 300,000 seeds/A rate vs. the 500,000 seeds/A rate. In addition to covering the additional seed cost under the current price point, the yield advantage provided a positive ROI.

This RTP research is ongoing, but the data we’ve collected to this point indicates canola populations of 400,000-500,000 seeds/A or roughly 4-5 lbs./A is the best range to plant the crop.

It’s important to remember that, in addition to providing higher yield potential, increased seeding rates can provide extra peace of mind going into the growing season. Even if you do everything right, you’re bound to experience some stand loss between planting and maturity. While CROPLAN canola hybrids have a strong germination rate, a small percentage of seeds won’t germinate. Of all the seedlings that do emerge, some will be lost to early-season insect or disease pressure, and others will succumb to disease later in the season.

Therefore, a seeding rate that might seem adequate in theory might not be adequate at all. The objective is to find that happy medium, while also making the right decisions when it comes to protecting your stand’s yield potential throughout the growing season.

There isn’t much room for error when you plant your CROPLAN spring canola at 300,000 seeds/A. Planting an additional 100,000 to 200,000 seeds/A, however, provides a cushion in case a seeding error or post-planting setback causes plant loss in your fields.

We observed a lot of flea beetle damage in the Northern Plains in 2021. Canola growers who didn’t utilize products like Lumiderm® insecticide seed treatment faired far worse than those who did, especially when they seeded at lower populations. Although insecticide seed treatments don’t prevent producers from having to spray for insects, they do provide crucial protection against pests when plants are in their most fragile young seedling stage.

Seed treatments can also help delay in-season applications. In fact, they enabled some farmers to get by with making only one insecticide treatment last season. Stand loss generally becomes less of a concern when canola reaches 6-8 leaves, because plants start growing faster than insects can eat at that point.

Every field is different, so selecting the right hybrids and planting them at the right populations will go a long way to getting the most out of your canola crop. Make an appointment with your local WinField United retailer for assistance in fine-tuning the seeding rates for each of your CROPLAN spring canola stands. They’ve got you covered.

© 2022 WinField United. Important: Before use always read and follow label instructions. Crop performance is dependent on several factors many of which are beyond the control of WinField United, including without limitation, soil type, pest pressures, agronomic practices and weather conditions. Growers are encouraged to consider data from multiple locations, over multiple years and to be mindful of how such agronomic conditions could impact results. CROPLAN Answer Plot, R7 and WinField are trademarks of WinField United. All other trademarks are the property of their respective owners.