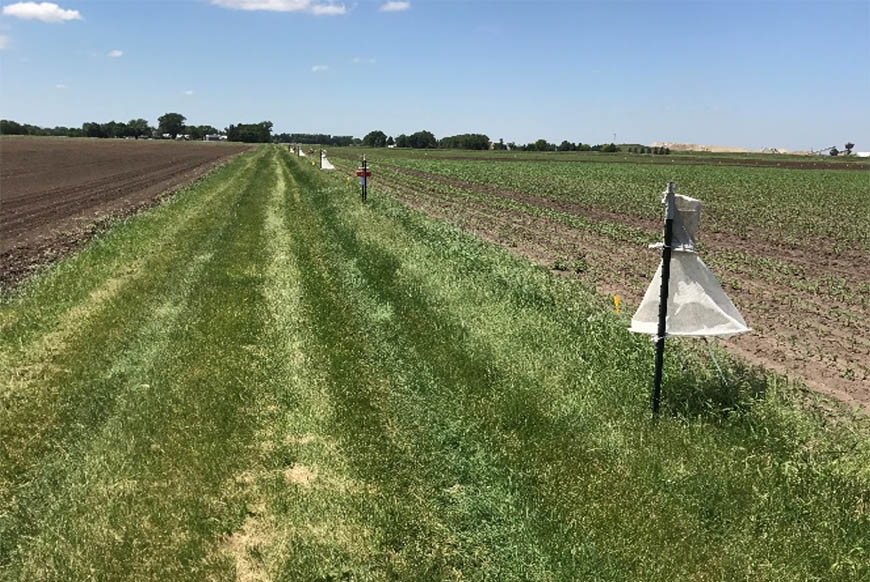 The Z-Trap system by Spensa Technologies allows farmers to use smart insect traps to analyze and predict insect populations in their fields. The Z-Trap app lets users access automatically updated insect counts on iOS or Android devices, as well as on desktop computers.

Twelve Z-Traps were evaluated: eight through general university testing in the Upper Midwest — four traps on corn earworm (CEW) and four on European corn borer (ECB); and four with a WinField United staff member on an apple orchard in eastern Washington state.

In the university tests, traps were deployed along the edge of sweet corn or field corn fields that ranged in size from 5 acres to 35 acres. Z-Traps were compared with traditional nylon mesh traps for European corn borer and traditional wire mesh traps for corn earworm. The same pheromone lures were used in each trap for each insect species. Trap types were alternated every 50 feet. Traps were checked weekly, and for a short time daily, from June to September 2017.

THE BOTTOM LINE
Corn field testing
For ECB and CEW, the Z-Traps were not reliable for indicating trap catch. This was probably due to the use of a bucket-type trap, which often indicated false positive trap catch (for both ECB and CEW) and false negative trap catch for CEW. The traditional traps consistently caught more moths than the Z-Traps. Often, for lower moth-catch situations, only the traditional traps caught the moths. The Z-Traps did not perform well at low densities.

While both the Z-Trap and the app are promising, the trap used must be effective for the target insect pests, which was not the case here. The app had several good features, such as following crop growth stages and providing pest management information. If coupled with good trap catch data, this information could be very practical and useful for a farmer.

Apple orchard testing
The app was easy to use, kept the user logged in and had a large pest catalog. The Z-Traps were easy to deploy and it was easy to change the lure. A suggestion would be not to put the Z-Traps too close to an overhead sprinkler; when water hit the sensor just right, the trap would count that as an insect. The system has the ability to identify only one insect at a time, however, and didn’t catch all the small or beneficial insects. Traps were durable and insect counts were within 80 percent.

4 Steps to Make the Most of Zone Soil Sampling