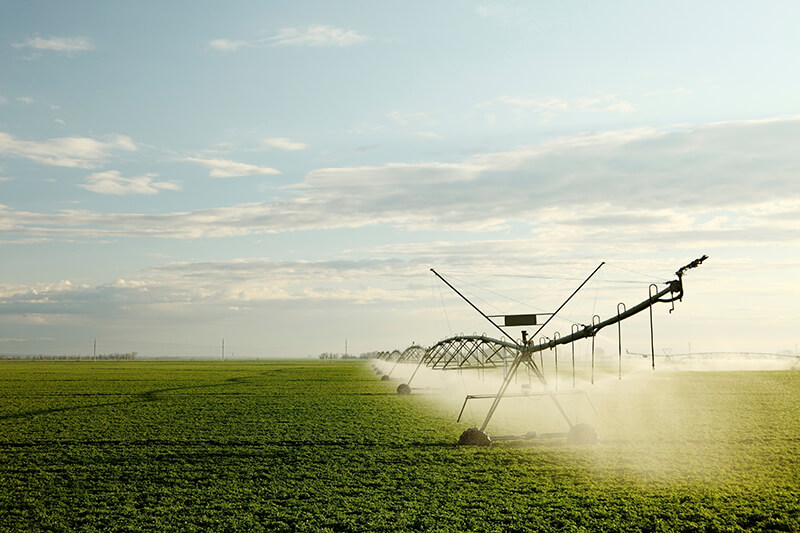 With California’s historic drought in its fourth year, irrigation is a hot topic in the mainstream news. ,researchers from Utah Water Research Laboratory go beyond news sound bites—taking an in-depth look at the irrigation practices of today and how those practices could change in the future.

WinField’s Jason Dvorak says, “We’re used to thinking of irrigation on a farm-by-farm basis, but this article takes bigger approach—looking at the whole system from reservoirs to farms.”

According to the article, in some areas of the United States 75%-90% of water diverted from natural sources is used for irrigation, but more than half of that water is “lost" before or during application to crops. Some of that loss happens on the farm, but water is also lost during system-wide water storage, transmission, and distribution.

The researchers propose ways to mitigate that loss—from supervisory control and data acquisition (SCADA) systems that help control the entire irrigation system to using remote sensing (via drones) to learn when and where to apply water in each field.

“Irrigation has come a long way in the last 50 years,” says Dvorak, “Compared to older furrow and flood technologies, center pivot sprinklers and drip irrigation systems are so much more efficient. Although many of the new technologies mentioned are not ready for the farm yet, for instance the drones have resolution down to 15 centimeters but the current irrigation systems are still managing in several meters.  I know that it will be key to have some kind of precision watering scenario and it will be critical to sustainability in the long run.”

With California’s historic drought in its fourth year, irrigation is a hot topic in the mainstream news. In a recent article, researchers from Utah Water Research Laboratory go beyond news sound bites—taking an in-depth look at the irrigation practices of today and how those practices could change in the future.