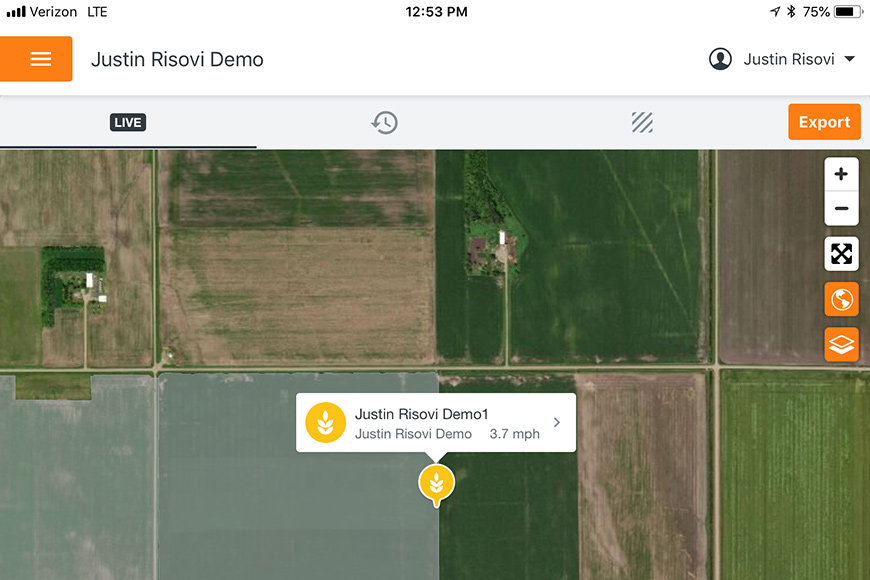 The Farmobile® PUC™ (passive uplink connection) is a small in-cab device that collects machine and agronomic data continuously. It allows farmers to be anywhere that has Wi-Fi and/or cellular service and view agronomic data from their farms. Once installed, the Farmobile PUC automatically collects data from connected cabs.

In working with the Farmobile PUC on about a half-dozen farms this season, there were several features that I found particularly appealing.

Plug and play
Packaging for the Farmobile PUC is professionally done, with components clearly labeled and detailed, yet straightforward, directions. As a farmer myself, I know that anytime we can have hardware installed and working in less than five minutes, that’s a huge time savings.

Works well with mixed fleets
A number of customers in my territory run mixed fleets of vehicles. On the first farm where I used the Farmobile PUC, I connected the device to one make of tractor and a different make of planter. Everything hooked up correctly, but we required a specific cable that we would not have been able to anticipate until we saw how the machines were equipped. I contacted Farmobile tech support and received another cable via next-day air. We were then able to hook the device up successfully, and I could monitor the field on my tablet even if I wasn’t in the field.

Constantly collects data
Farmobile has its own modem built into the PUC, so you don’t need a second-party device like a tablet to collect data and change fields as you go. As long as you have field boundaries set beforehand, the PUC recognizes when it’s within that georeferenced field, and it collects data and sends it to the cloud.

One of my farmers had a malfunction on the factory display in the combine that caused it to stop collecting data. Fortunately, we had the Farmobile PUC running in the background, and it continued to collect information and send it to the cloud so we could still gather yield data and patch it in.

Gives farmers control
There are multiple fits for the Farmobile PUC, the farmer being first and foremost. But it also allows the agronomist to transfer files from anywhere with a Wi-Fi or cell connection, making it easier to send prescriptions to farmers. It also allows for third-party access; for example, if a farmer wanted his equipment dealer or insurance company to have acreage information or harvest data, the farmer could give them permission to log in and access that data.

The Farmobile PUC also lets farmers see heat maps detailing information such as as-applied data or machine information (e.g., fuel consumption or vehicle speed). The tech allows you to run a variety of reports, including ones that indicate the efficiency of your combine operators.

Retailers may also find value in the Farmobile PUC for staying on top of fleet maintenance and dispatch capabilities, and tracking tender trucks, semis and floaters in a logged-in experience.

The bottom line
Anytime we can collect more information regarding any operation, it’s going to help us become better as an industry. Monitoring things like fuel consumption and fertilizer applications will help us become better stewards of the land and more efficient operators. Tools like the Farmobile PUC help steer us in that direction.