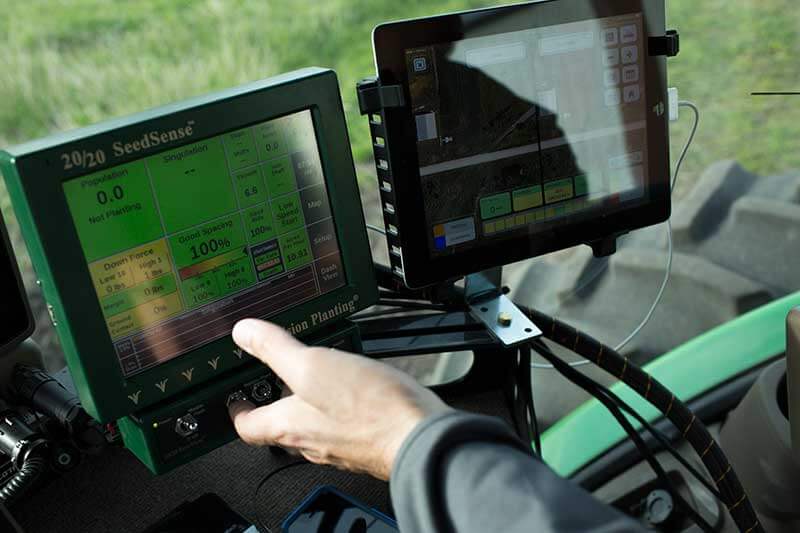 A recent article on Inc.com mentions agriculture as one of three industries “on the verge of disruption”.  Why? Because $2.36 billion in venture money was invested AgTech tools in 2014 alone.

According to the article, agriculture (like the other industries mentioned in the article—commercial real estate and higher education) has long been an industry based on tradition and gut instinct, but new technologies are expected to bring big changes.

“This article was written by somebody outside of the agriculture industry, so I am not sure they give grower’s enough credit for realizing the opportunity technology will give them, ” says WinField’s Keaton Krueger. “Growers do know technology can help them—it’s just complicated for growers to know which technology partners to choose because many of these tools are so new.  It’s not always the most easy to adopt some technologies because many of them could fundamentally change the way we do things. “

“$2.6 billion in venture money from outside the industry—especially during a year where grain prices were dropping—shows a real understanding of the potential in agriculture,” says Krueger. “It’s exciting to see the variety of organizations working on AgTech projects—from big agriculture companies who know the industry to new startups who will force progress to happen more quickly.”

And, the investments didn’t end in 2014. Tech Crunch says investments in 2015 are continuing to look very strong.

Read the articles:
Inc. Com: These 3 Industries Are on the Verge of Disruption: Here's Why
Tech Crunch:  AgTech Is the New Queen of Green

A recent article on Inc.com mentions agriculture as one of three industries “on the verge of disruption”. Why? Because $2.36 billion in venture money was invested AgTech tools in 2014 alone.