What Do This Season’s Stresses Mean for Yield Potential? 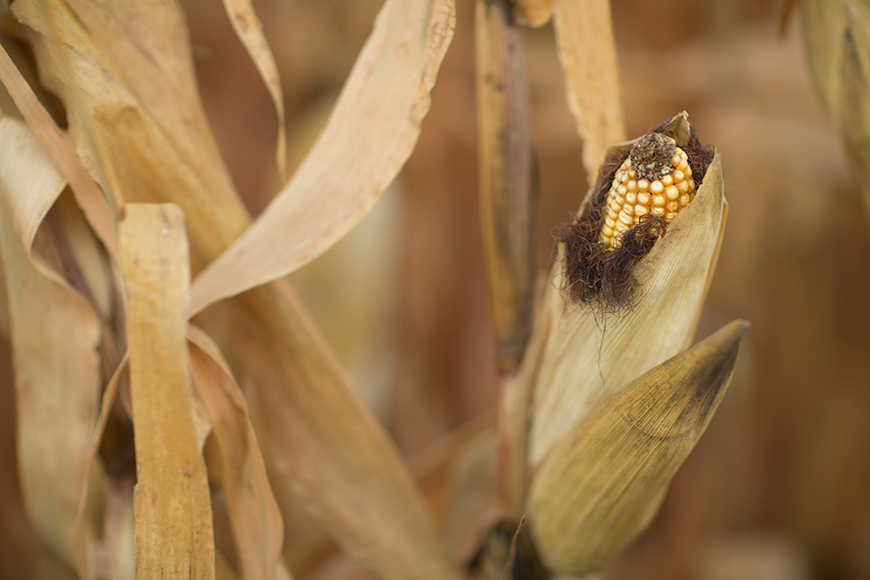 From cool and wet to hot and dry. That’s the dynamic weather shift that many crops faced across the Midwest this season. Some farmers are wondering how those extreme stresses will affect the yield potential and grain quality of their crops as they set expectations for harvest. Let’s take a look at just what crops had to endure this season.


Crops started with a disadvantage

Across much of my area in Illinois and in neighboring states, planting was delayed by up to several weeks. That alone meant a shorter growing season where reproductive stages were more likely to happen during what are typically the hottest days of summer, which put crops at a disadvantage from the start.

But conditions at planting also weren’t always ideal, which set up additional early challenges for crops. First, saturated soils meant that in some cases roots lacked the oxygen they needed for healthy growth and development. Additional stress may have been placed on roots if compaction or plow layers limited their growth potential. Roots may have been constrained to the top 6 to 8 inches of soil, whereas in ideal conditions roots can grow up to 6 feet below the soil’s surface. Those shallow roots likely limited plants’ access to moisture and nutrients deeper in the soil profile.

While there’s not much you can do to avoid unfavorable weather, there are things you can do to help crops through early-season stresses. First, try to avoid planting into wet soils to limit compaction. If compaction is a problem in your fields, consider using fall tillage to reduce compaction layers brought about by this year’s challenging spring. Second, adding a plant growth regulator such as Ascend® Pro can help improve root growth and provide better early-season vigor under stressful conditions.

As crops neared reproductive growth stages, the environment changed pretty dramatically. Across much of Illinois, we went six to seven weeks with very little rainfall, coupled with very warm temperatures. At that point, the compounded stresses of early-season challenges created even more problems for crops.

Poorly developed roots made it difficult for plants to take up water and nutrients during key stages of development. Pollination and early kernel set are the most critical times for water availability because the crop is using the majority of its seasonal water requirement during that short period to support the reproductive development of the plant. As the stresses continued to mount for crops, it was clear that yield potential would likely take a hit this season in many areas.


Setting expectations for the rest of the season

As grain begins filling, if the plant is limited on water or nutrients, it may start to cannibalize carbohydrates stored in the plant that are intended to support the developing ear. That could mean less stalk and root stability as crops approach maturity. Another potential consequence of this season’s stresses is incomplete grain fill or aborted kernels on the ear. These issues are unfortunate and something you might be experiencing going into harvest. It’s important to continue scouting fields to prioritize those crops for harvest that are most vulnerable to root or stalk lodging.

For the kernels that did pollinate, dry conditions during reproduction could limit how many bushels are added per day, as well as the length of the grain fill period. We typically think of the grain fill period being about 50–60 days under ideal conditions, but adverse weather can cut that time down, leading to reduced yield potential and less test weight potential. The threat of an early frost is a concern for those who may have gotten crops in late this season.


Looking ahead to next season

This year was the perfect storm for many farmers. We don’t expect that next year’s crops will face the same challenges, but we can learn from what worked and didn’t work this year to proactively plan for future seasons.

Helping protect crops against stress starts with maintaining plant health. Ensuring plants have adequate nutrition throughout the season, applying fungicides and using appropriate plant growth regulators or biostimulants are practices to consider as you plan for 2020.

For more information on planning now to maintain plant health next season, talk with your locally owned and operated WinField United retailer.

© 2019 WinField United. Important: Before use always read and follow label instructions. Crop performance is dependent on several factors many of which are beyond the control of WinField United, including without limitation, soil type, pest pressures, agronomic practices, and weather conditions. Growers are encouraged to consider data from multiple locations, over multiple years, and be mindful of how such agronomic conditions could impact results. Ascend® Pro and WinField® are trademarks of WinField United.

6 Agronomic Insights for Success in 2019