Keep Nitrogen in the Root Zone 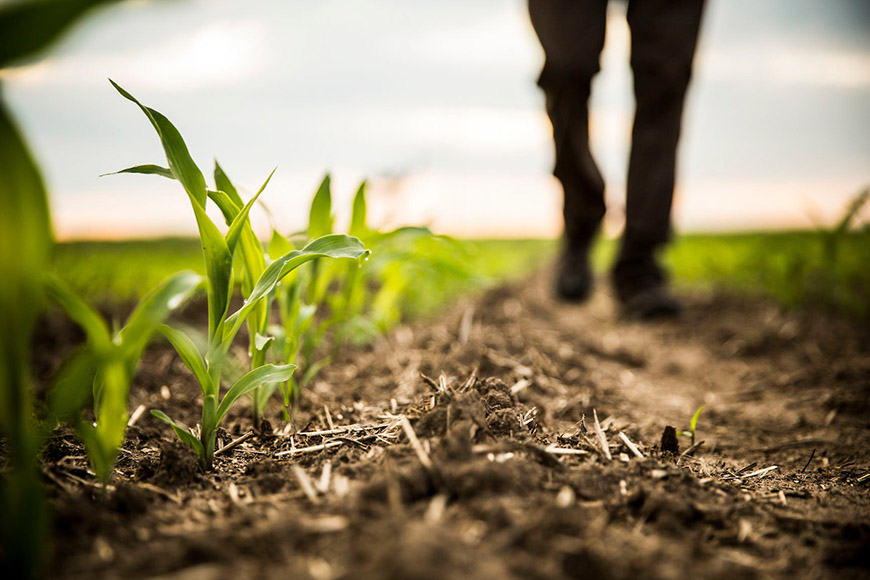 We all know that nitrogen is prone to leaching, especially in the spring when rain events can carry it straight from your fields into tile lines. I assumed that there would be less nitrate flow through tile lines during summer months when nitrogen uptake in the plant peaks. But after examining nitrate flow through tile lines in Iowa, we found peak losses occurred in June and July. This seemed counterintuitive, since that’s when we expect peak nitrogen uptake in plants to occur, so I conducted a modeling experiment to better understand how nitrogen moves in the soil as the season progresses.

Unstabilized nitrogen applied at planting
I used published data to estimate how quickly ammonium would convert to nitrate in the soil. Using this information I was able to track how long it would take 25, 50 and 75 percent of the ammonium nitrogen in soil to convert to nitrate as a basis for building a model. The graph below simulates nitrogen movement in soil compared to root growth when nitrogen is applied at planting. In order to maximize nitrogen uptake, we want the nitrogen depth lines to be right around the green depth of rooting line. It’s evident that some nitrogen has already made it into tile lines (at a depth of 48 inches) before rapid nitrogen uptake begins in the plant around 45 days after planting. The remaining nitrogen has also moved beyond the depth of the root zone by this time, making it unavailable for uptake.


Stabilized nitrogen applied at planting
Using data published by Dr. R. Jay Goos at North Dakota State University, I updated the model to reflect changes in nitrogen movement when a stabilizer was added to an at-planting application. As the graph below shows, applying a nitrogen stabilizer at planting helped keep more nitrogen in the root zone, so it was available during the peak uptake time prior to tasseling. Even when nitrogen was stabilized, some had still leached out of the root zone by peak uptake time.


Side-dressed nitrogen application at V5
The final model simulated nitrogen movement in soil when it was side-dressed at V5. You’ll see that all of the nitrogen was available in the root zone during peak uptake time, an improvement over the previous two simulations. The problem with applying all the nitrogen at V5 is that there is none available to plants early in the season. For that reason, I recommend a split application where 50 percent of the total nitrogen is applied at planting with a stabilizer and the remaining nitrogen is applied via a side-dress application at the V5 growth stage.

These simulations demonstrate that nitrogen mobility in soil is dynamic and is based on several variables that can change depending on conditions. Work with your local agronomist to develop a fertilization plan that will keep nitrogen in the root zone so it’s available during peak uptake around the time of tasseling.