Is This Spring a Nutrient Washout? 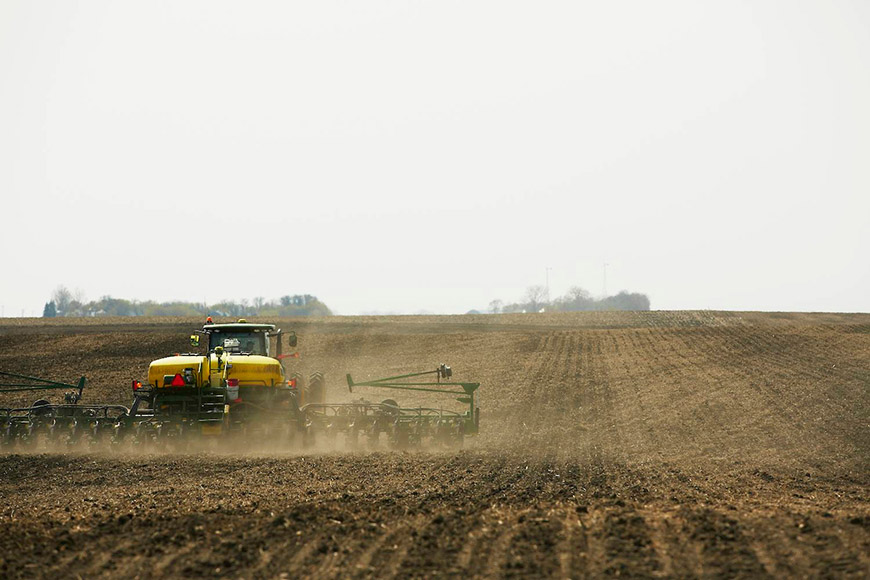 The spring of 2017 has brought a considerable amount of rain to many parts of the country. What does all this water mean for the nutrient profile of your soil? What will it mean for crops as the season progresses? Let’s take a quick look at how soil nutrients and plant health are faring as we move from a drenched May into June.

Lost nitrogen
Exceedingly wet weather causes water to drain through the soil profile and take nitrogen along with it. This, in turn, causes the nitrogen to leach below the crop root zone, making it unavailable to the plant. On the other hand, in a poorly drained field, standing water causes denitrification, where microbes strip off oxygen from the nitrogen, turning it into a gas that escapes into the atmosphere. This, too, causes significant nitrogen loss for the plant.

A more definitive picture of nitrogen availability and overall plant health is available through the NutriSolutions 360® system, which, in addition to tissue analysis, includes soil sampling and in-season applications of nutrients, micronutrients and yield enhancement products, if indicated.

After a wet spring, using the appropriate monitoring tools is critical so that you don’t get halfway through the season and then discover that you’ve lost nitrogen and yield potential. Adding a stabilizer when applying nitrogen can help minimize nitrogen loss.

Other important nutrients
In addition to nitrogen, NutriSolutions 360® tissue analysis can also detect sulfur and boron deficiencies early in the growing season. Like nitrogen, both of these nutrients are anions that are mobile and move with the soil water.  These nutrients are used by the plant in smaller quantities than nitrogen, but play key roles in plant growth. Foliar applications of MAX-IN® Sulfur and MAX-IN® Boron can be used to help remedy these deficiencies.

When to apply nutrients
In corn, take a tissue sample between V5 and V7 and apply nutrients as indicated. At this point, you likely have not have suffered any yield damage that cannot be repaired. Of course, you should monitor your crops all season for nutrient deficiencies. But the later in the season you get, the more potential you have for yield loss that you can’t correct. From V8 to V10, we get rapid growth in corn. If you’re short on nitrogen then, that’s when you’ll start seeing yield potential drop.

Replanting corn
If you are replanting corn, you may be switching your hybrid choices from what you initially planted. If so, make sure you are not planting hybrids that are more responsive to nitrogen and have a higher response-to-nitrogen score (RTN) than you intended. If you are planting a hybrid with a high RTN score, you’ll probably need to add some supplemental nitrogen. Understanding RTN scores will be critical when making your replant decisions.

Last point on corn: Watch your crop for diseases. This may be a year when we see early fungicide applications pay off.

What about soybeans?
As a legume, soybeans produce most of their own nitrogen, so what I’m most concerned about is wet feet or wet soils. These provide the potential for a variety of seedling diseases. If a good seed treatment was not used, you could see thin stands.

It will be important to tissue sample your soybeans, because the wet spring could have depleted boron and sulfur amounts. Also during a wet spring, we usually don’t get the same amount of root growth in soybean plants than we would in a more normal year. As a result, there may be other nutrients, such as phosphorus and potassium, you are short on. Not because they were lost, but because a good root system wasn’t developed to capture them.

Work with your agronomist to determine the best plan to get past our soaked spring and through the rest of the season without compromising yield potential or ROI potential.