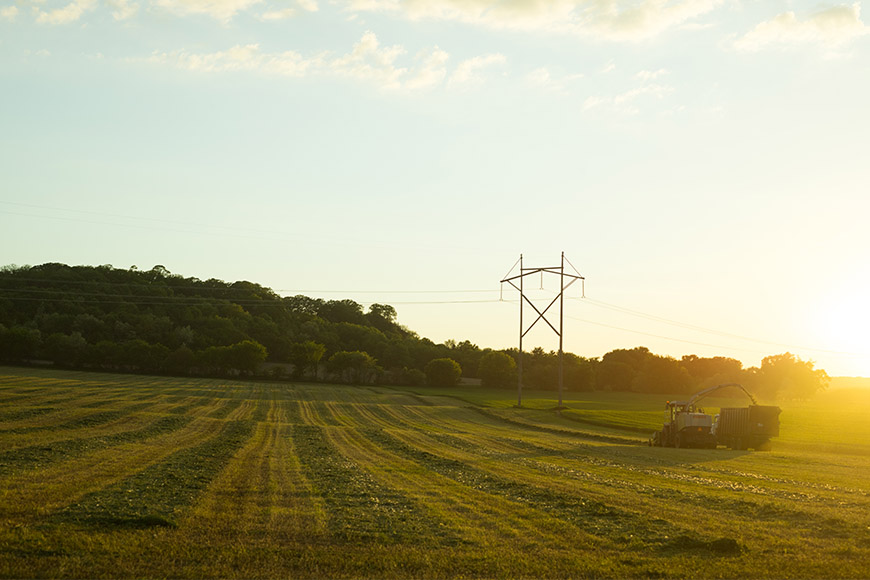 When growing alfalfa, a lot of focus is placed on proper fertility and management before the seed is ever placed into the ground. This is a worthwhile and necessary tactic to use, as appropriate pH and soil nutrient levels are critical for successful stand establishment and growth. But care needs to be taken post-establishment to also ensure continued success and persistence.

Fertilizing established alfalfa is critical for maintaining optimum yields, as the plants are only able to meet their genetic potential when their nutritional needs are met- similar to growing children. A mistake I commonly see is producers shifting to premium genetics with higher yield potential, without making changes to their fertilizer programs, a big mistake when considering the economic returns on their investment.

It is common knowledge that alfalfa will have its highest yield in the first cutting of the year, with later cuttings usually having lower production for several reasons. Research has found that by splitting up applications of fertilizer throughout the season, either applying twice a year, or in some cases more, this can help to improve production of alfalfa throughout the entire growing season.­­­

A really nice example of this is phosphorous application, with several tactics employed by producers throughout the U.S. Some will choose to apply the entire estimated P needs for the stand life at one time prior to planting- this can make sense as P is a fairly immobile nutrient, and so is slowly available to the plant throughout its lifespan. However, research from California has found that applying smaller amounts of P as a top-dress post-establishment can have marked improvements on alfalfa yields, as well as minimizing P fixation in soil. They do recommend applying P in late summer or early autumn, as it can be affected by temperature and also does take some time to become available for use by the plant, but coupling this with early season application as well can help more evenly distribute availability.

Applying potassium fertilizers post-establishment is critical for optimal yield and persistence, particularly since K is a fairly mobile nutrient, and so applying all of the needs for the stand life at establishment is usually not a recommended practice. Some research has found that applying K along with P after first and last harvests were the best method of improving seasonal production and seeing more pronounced later season growth. However, always check with your local seed or forage agronomist, Extension or university faculty, or seed provider to determine the best method for your specific needs.

An interesting note about alfalfa and soil K is that alfalfa is considered a luxury consumer, where it will absorb K in excess of its needs without seeing impacts on production. This is one of the reasons why soil testing and continued monitoring is critical to ensuring you are applying fertilizers in the appropriate amounts effectively, and economically.

Sulfur is another nutrient that has received more attention in recent years. Historically, we have not had to worry about sulfur needs because there was plenty available in the soil through industrial pollution in the atmosphere. With improved regulations and cleaner industrial processes, we are seeing areas where S deficiency is becoming an issue.

Applying S in appropriate amounts can have significant impacts on yield and quality- research in Montana found that in S deficient soils, yield deficiencies could not be overcome by simply adding more P and K, S was required to reach optimal production. In some treatment plots, yield was improved by 30% when S deficiencies were corrected. One thing to note when creating a S fertilizer plan is that soil tests are not a great indicator of available S in the soil- tissue testing should really be employed along with soil testing to ensure requirements are appropriately addressed.

Other micronutrients are also critical to ensuring appropriate production and persistence- Boron and other micros should all be monitored, and deficiencies addressed as needed. Similar to S, tissue testing is usually a better method for diagnosing any issues and should be used in combination with soil tests to monitor any fertility program.

One final point to address is that nutrient balance is also critical- just because some of the nutrients are in sufficient amounts doesn’t mean that it is able to overcome deficiencies in other nutrients. For example, a Purdue study found that in stands that were fertilized with P but not K yielded less than unfertilized control stands. Ensuring you evaluate your entire fertility program, and not just focusing on one or two nutrients will ensure maximum production of your alfalfa genetics.