How Are XtendFlex® and Enlist E3® Soybeans Performing In 2021? 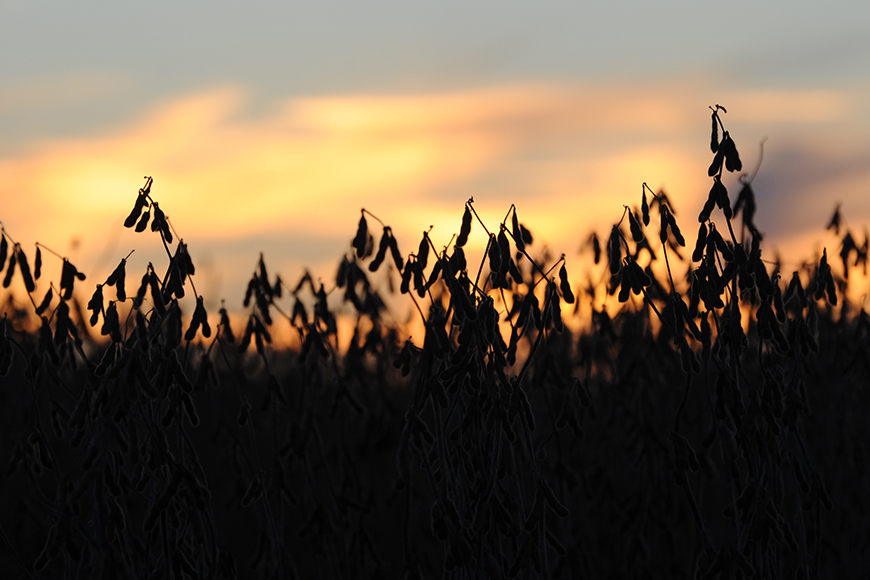 In many areas, it’s too early to tell how they’re yielding, but in-season observations have their own story to tell about the triple-stacked herbicide resistance platforms of XtendFlex® and Enlist E3® soybeans. This is the first season XtendFlex technology is fully available commercially, and it’s the second season for the Enlist E3 platform.

XtendFlex soybeans have tolerance to dicamba, glyphosate and now glufosinate herbicides. Enlist E3 soybeans are also a triple threat with tolerance to 2,4-D choline, glyphosate and glufosinate. These robust trait packages drummed up plenty of excitement among soybean growers – and for good reason. Weed resistance is a compounding issue that makes it harder and harder every season to keep fields clean. With more herbicide flexibility, growers can more effectively control weeds.

But how are these platforms living up to the hype?

Expectations were high for the XtendFlex and Enlist E3 systems. Pressure from aggressive weeds like Palmer amaranth and waterhemp create major hurdles in soybean production. Growers invested in the platforms specifically for the weed control component and, so far, they’re seeing the payoffs.

With the rise of herbicide-resistant weeds, growers are turning away from conventional herbicides. In areas where resistant weeds are rampant, Enlist E3 or XtendFlex platforms were the strongest viable options for weed control. Based on the control achieved this season, I expect most growers will continue using these systems, perhaps adjusting which one they choose to plant.

Although the weed control capabilities of XtendFlex and Enlist E3 soybeans got growers excited, off-target herbicide damage has created challenges this season.

Off-target movement of dicamba onto Enlist E3 soybeans causes cupping. In more naturally wet or irrigated areas, this isn’t necessarily as damaging. In tougher dryland environments, however, if there is enough damage to soybeans and there isn’t another rain to help those soybeans grow out of the cupping, there can be serious implications like loss of canopy or being slow to canopy, which both impact weed control later in the season.

The dicamba causing damage isn’t necessarily coming from soybean production, however. It’s commonly used on other crops as well, and the source isn’t always clear cut. For example, reports from Iowa State University Extension field agronomists are noting a high percentage of non-dicamba resistant soybeans showing symptoms of dicamba damage and they’re attributing it to atmospheric loading, which means there is so much dicamba in the atmosphere, it’s difficult to identify the specific source. Considering these factors, it’s nearly inevitable we’re going to have to deal with cupping on Enlist E3 soybeans. One of the biggest conversations growers are having right now is whether they will be able to handle off-target movement of dicamba onto their Enlist E3 soybeans.

Restrictions Can Be Tricky

The restrictions for these systems can be difficult to navigate. They not only differ between systems but can differ among products within a system as well. It’s important to be aware of all restrictions and know where and how they differ. Always be sure the application you plan to make, including the tank-mix partners and adjuvants, are labeled for the herbicide you’re applying.

The June 30 cutoff date for over-the-top dicamba applications on XtendFlex soybeans was also a challenge this year because, in many areas, planting dates were delayed due to cool, wet weather in April and May. While this did impact the first crop, the largest impact was with double-crop soybeans following wheat since wheat harvest was delayed.

Growers who had purchased XtendFlex soybeans for double crop may have had the opportunity to use dicamba as a burndown application but, by post-emerge application timing, they were often past the cutoff date and were relying on the Liberty® aspect of that trait technology. This also caused challenges because Liberty was in short supply this year. In situations where Liberty wasn’t available, growers had to resort back to conventional herbicides to slow weeds down.

Even with the advanced trait packages of these platforms, it’s important to continue treating every acre like a conventional acre and maintaining the basics of good weed management. Genetics are not a one-stop solution to weed resistance, but rather at tool to maintain good control. All these fundamentals of weed control are still paramount: Good record keeping and communication are also critical. This may sound simple, but there were many cases this year where growers purchased seed from one retailer, and custom application and chemicals from a different retailer, which caused some dangerous mix-ups. For example, a grower thought he had XtendFlex soybeans in a certain field and a Liberty application was made. They later found out they were just the Xtend soybeans and not XtendFlex.

Make sure all the retailers you’re working with know what has been planted in each field.

Both of these systems have been tested in Answer Plot® locations across the country and one pattern the data is making clear is the importance of using adjuvants in managing both platforms. If growers cut back on adjuvant quality or rates, they often pay a penalty.

Below are my top recommendations for each system but, as always, be sure to confirm recent tank-mix approvals.

To determine which tier you should choose, consider the conditions you’re applying in. If conditions are hot and dry and weeds are large and hardened off, it will be important to invest in the top tier package. If weeds are small, actively growing and haven’t hardened off yet, the mid- to low-tier adjuvant packages will work well.

© 2021 WinField United. Important: Before use always read and follow label instructions. Crop performance is dependent on several factors many of which are beyond the control of WinField United, including without limitation, soil type, pest pressures, agronomic practices and weather conditions. Growers are encouraged to consider data from multiple locations, over multiple years and to be mindful of how such agronomic conditions could impact results. Answer Plot, Class Act, Ridion, OnTarget, InterLock, Volt-Edge, OPTIFY, Valcheck, NG, Superb, AccuDrop, Between, Amsol, Downdraft, Prime Oil and WinField are trademarks of WinField United All other trademarks are the property of their respective owners.

Advanced Acre Rx Program Has A Season of Success