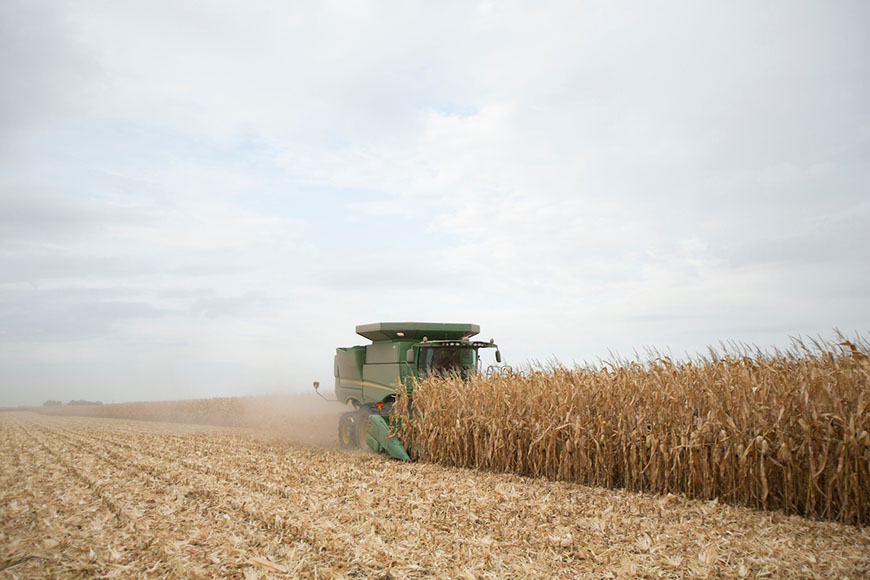 The impact frost has on corn and soybean plants depends on the growth stage of the plant and amount of exposure it has to freezing temperatures. In the Midwest, a killing frost, which means corn stalks or soybean stems are compromised, generally occurs between the third week of September and the middle of October.

With various levels of frost damage possible throughout the harvest season, it’s important to monitor crops closely and harvest in a timely manner to protect yield and crop quality.

Frost Before Physiological Maturity
If corn and soybean plants are exposed to freezing temperatures before they reach physiological maturity (black layer for corn and R8 for soybeans), frost damage can negatively affect yield, storability and salability.
Frost Following Physiological Maturity
If plants have reached physiological maturity, frost does not directly affect yield. However, it’s important to evaluate corn fields for standability, especially for issues caused by stalk rot. Once frost compromises a stalk, any natural disease protection is gone.

In contrast, frost can actually benefit soybean fields if it hits after physiological maturity, because it can cause drydown for weeds in the field that create combine issues.

Many factors play into the impact freezing temperatures have on crops this time of year, including field variability, row spacing and length of exposure to temperatures below 32°F. For more information about protecting corn and soybean fields from late-season frost damage, contact your local agronomist or WinField United representative.