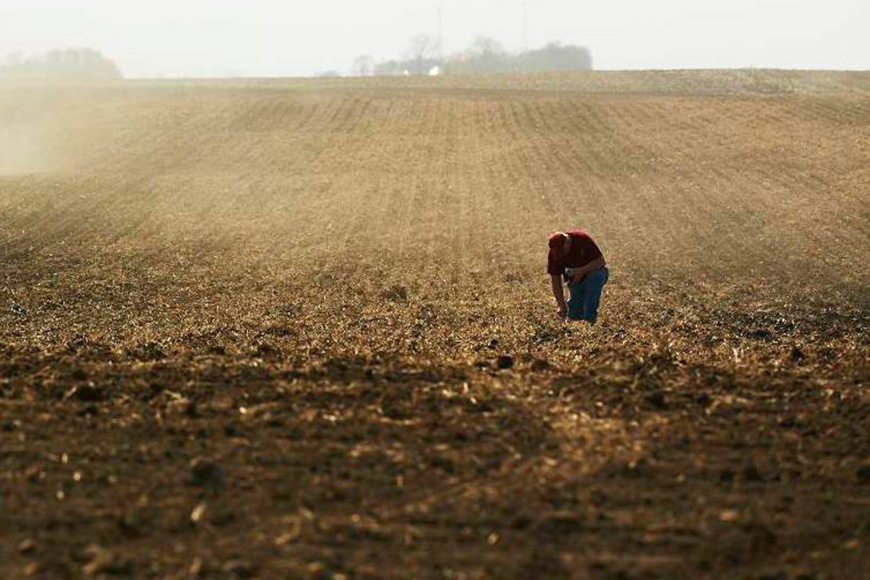 A corn plant uses approximately 70% of its nitrogen between the V5 and tasseling growth stages, from approximately June 1 to July 15. The closer to that time period you apply nitrogen, the better because it will be less exposed to elements like rainfall or temperatures that can cause it to leach out or become volatile.

However, it’s typically not logistically possible for farmers to apply all their nitrogen in the spring or in-season. Fall applications may be necessary, and there are ways to make them successful. Here are some tips to help you ensure your postharvest nitrogen applications will be as effective as possible.

1. Wait until soils are 50 degrees or cooler and always use a stabilizer.

At temperatures of 50 degrees or lower, the activity of the bacteria that convert nitrogen from its fertilizer form to its leachable form, nitrate, decreases dramatically. These bacteria don’t completely stop working, but below 50 degrees they’re inactive enough that the amount of nitrogen converting to nitrate is minuscule.

In addition, be sure to keep an eye on shifting soil temperatures. In some areas of the Corn Belt, soils can be 50 degrees or cooler the first part of October, then increase in temperature if the weather gets unseasonably warm at the end of the month or even into November. Since we can’t predict these weather patterns, you should always include a stabilizer with any fall nitrogen applications.

2. Think ahead about nitrogen needs.

Over an extended period, you’ll probably have a higher nitrogen retention rate if you actively replenish the field with spring or in-season applications. However, applying nitrogen pre-planting or at planting can delay your planting date, which could possibly result in lower yield potential.

Applying some of your nitrogen in the fall as a baseline can be a good idea so you won’t have to apply it right away in the spring. Then, apply the remaining portion at planting time or in-season.

3. Apply the right kind of nitrogen.

Throughout much of the Corn Belt, the most common fall nitrogen application is anhydrous ammonia, which is somewhat of a nitrogen stabilizer itself because it will temporarily reduce the number of bacteria that transform ammonium into nitrate. This can buy you a couple of weeks of stabilization-like activity before the bacteria return and convert the fertilizer to nitrate, but you should still use a nitrogen stabilizer with anhydrous ammonia to achieve the longer control that’s required to prevent nitrate leaching.

Dry urea is becoming more popular as a nitrogen fertilizer source because, in some states, the handling and transport of anhydrous ammonia is highly regulated. Although urea is easier to spread, it does convert to nitrate more quickly than anhydrous ammonia does. A fair amount of urea gets applied in the fall. However, you should absolutely not apply it without a stabilizer.

Although it’s optimal to apply nitrogen in the spring closer to when corn plants need it, logistics make applying some nitrogen in the fall necessary. If you’re going to apply fall nitrogen, ensure you’re familiar with the properties of the form of nitrogen you’re applying, include a stabilizer and apply it when soil temperatures are 50 degrees or cooler. If you have any questions about fall nitrogen applications, be sure to talk with your local trusted advisor.

© 2022 WinField United. Important: Before use always read and follow label instructions. Crop performance is dependent on several factors many of which are beyond the control of WinField United, including without limitation, soil type, pest pressures, agronomic practices and weather conditions. Growers are encouraged to consider data from multiple locations, over multiple years and to be mindful of how such agronomic conditions could impact results. WinField is a trademark of WinField United. All other trademarks are the property of their respective owners.

2021 Nutrient Trends to Pay Attention To

Why You Should Plan to Use a Balanced Starter Fertilizer