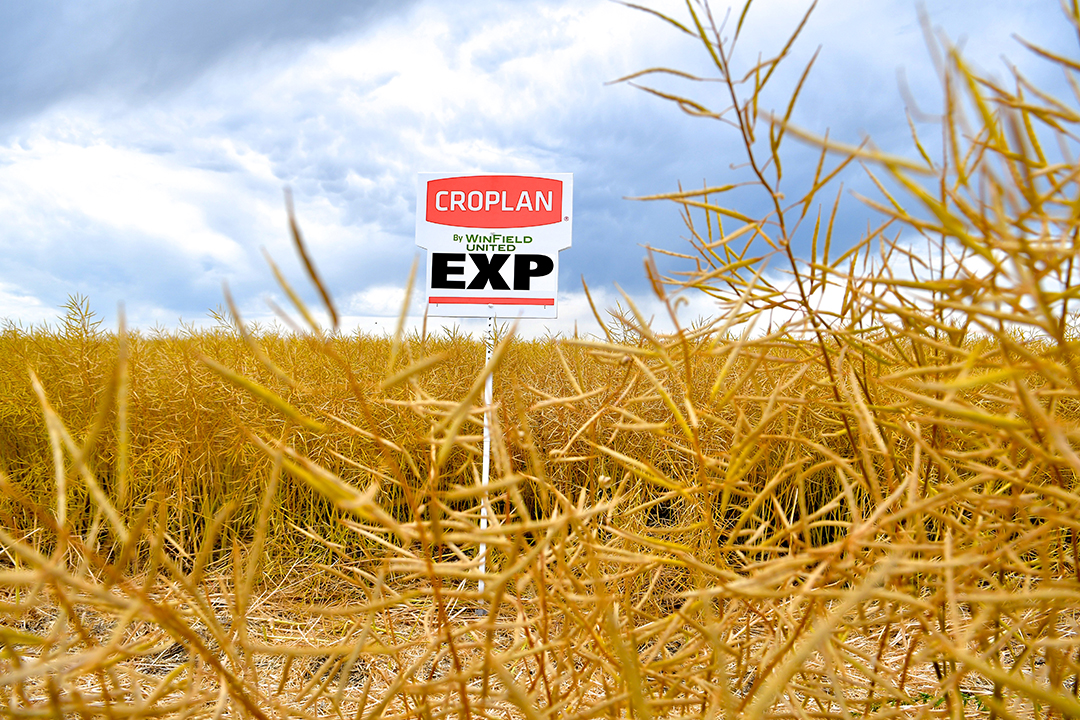 There’s nothing like harnessing the power of cutting-edge digital farming technology to truly evaluate the performance and potential of elite canola hybrids on the Canadian prairies.

This was the approach taken for the WinField® United Canada Straight Cut Showdown trials conducted across Western Canada in 2021. One particular trial conducted in Manitoba was co-ordinated by Charlee McLaughlin of Shur-Gro Farm Services Ltd. out of Shoal Lake, Man. on 155 acres at a Cardale-area farm with farmer Curtis Baker.

“I was excited for the opportunity to try out the new Winfield CP21T3P canola,” says Baker. “It was important for me to have a variety with good standability, which it has shown. The bonus of TruFlex™ is great for added weed control.”

Farmers used Climate FieldView™ to map fields and measure outcomes, pulling together data from the satellite imagery and equipment-mounted monitors of the platform, to generate real time information and insights instantly viewable and sharable with the Climate FieldView platform.

“The beauty of this technology is not only the wealth of data and insights it delivers, but the fact that it’s so easy and effortless to use,” says McLaughlin.

A main focus was to evaluate the performance of the new CROPLAN® CP21T3P canola hybrid with TruFlex technology from Winfield United, which features genetics selected from their seed partner Bayer® to reap maximum yield potential.

The field was seeded May 27 under dry warm conditions at recommended rates. Due to dry soil, Baker planted the field at a one inch depth but emergence was spotty, and it was a poor year to properly assess emergence or vigor.

A benefit of the later seeding date was that plants advanced quickly but flea beetle pressure was very heavy, but with the stronger seed treatments providing farmers more time to make an informed spraying decision.

Herbicide was applied June 14 and June 23 and on July 6, Baker decided not to spray fungicide as this was of no benefit due to hot and dry conditions. Total seasonal rainfall was minimal at 9.8 inches and harvest was completed Sept. 27.

The results reinforced why CROPLAN CP21T3P is quickly earning a reputation as the best glyphosate tolerant straight cut hybrid on the market. The most representative area of the field, as demonstrated in the Climate FieldView imagery, showed CP21T3P neck and neck with the DEKALB hybrids, surpassing its nearest competitor by 0.2 bu/acre.

“The crop looked fantastic and was the best yielding canola I grew this season. All while being an excellent shatter resistance straight cut option,” says Baker.

During harvesting, CP21T3P showed consistent dry down which was an important characteristic for harvest 2021. Neither of the varieties presented any lodging issues.

“CP21T3P did have a slight lean to it at harvest but that was of no concern to the farmers,” says McLaughlin. “They were actually impressed with the lean it had as it was very easy to put through their header, noting how great the variety both looked and cut.”

“The beauty of this technology is not only the wealth of data and insights it delivers, but the fact that it’s so easy and effortless to use. It’s a true a game changer not only for overall farm management but for the power it now brings to farmers to conduct their own field trials, either independently, or in a team effort with advisors such as their agronomist or seed dealer. This approach can rapidly accelerate the learning curve for maximizing the results of every acre of your farm,” she says.

How to Prepare For Corn Tar Spot