Is the Alfalfa Stand Worth Keeping? 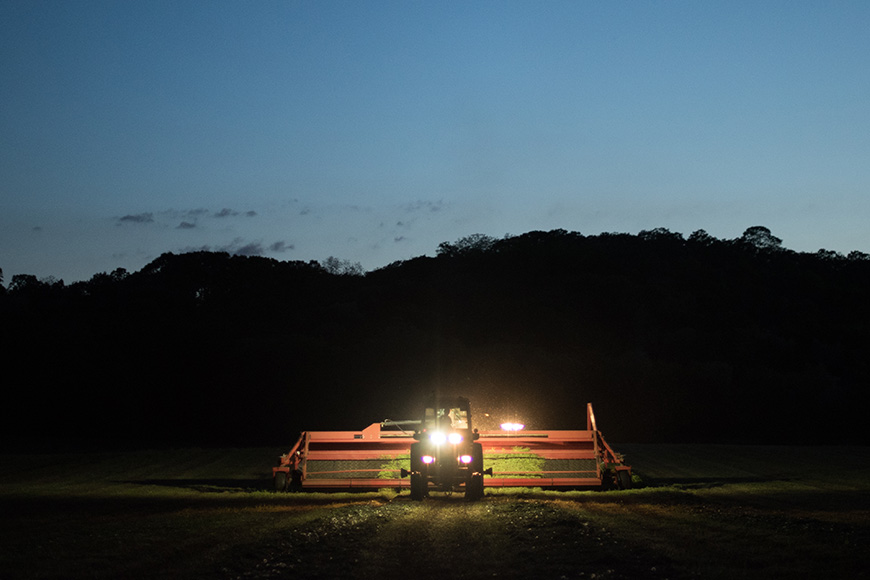 Now, before the ground freezes and snow accumulates, is a good time to walk alfalfa fields and decide whether they are good enough to keep for next year, need some remedial action, or should be replaced. Both new (2018) seedings and established stands should be evaluated.

Evaluating 2018 Seedings
Farmers are generally seeding 60 to 120 seeds per square foot. Of the seed planted, 50 or more seedlings/sq ft usually emerge and then the stand to thins to 25 to 35 seedlings/sq ft by fall, regardless of seeding rate.  The number of alfalfa plants/sq ft normally will decline to about 20 seedlings/sq ft after the first winter and continue to gradually thin over the life of the stand (as individual plants get bigger).

Less than optimum stands, with as few as 15 plants/sq ft this fall from a spring seeding, will still provide good yield for next year under most circumstances. These plants will likely have 3 to 4 or more stems per plant and be above the 55 stems/sq ft required to maximum yield (Fig 1).  The stand will need to be evaluated for stems/sq ft in the future to determine if stand density is adequate for optimum yield.  With less than 15 plants/sq ft, the stand will likely be low yielding and likely be weedy next year.

Before any remedial action is taken, I recommend trying to determine why the stand is less than desired.  Some stands are poor due to weather conditions beyond our control but before blaming the weather consider the following: These factors, coupled with less than optimum weather for establishment, are the most common causes of alfalfa stand failure.  Alfalfa is more difficult to establish than corn or soybeans and the equipment needs to be at least as good to get an acceptable stand.

If none of the above apply, we have seen some other causes of stand failure over the last couple years: After determining if any of the above factors contributed to the poor stand, remedial action can be considered.  While alfalfa can theoretically be interseeded into alfalfa one year or less after the initial seeding, it seldom provides good results.  Reseeded stands often still have variable stand density.  If you want a good alfalfa stand, I recommend fixing any of the above problems, if possible, and then disking and reseeding the field.

Another choice is to seed a grass into the thin alfalfa stand.  Ryegrass or festolium can be interseeded for short term (1 year) benefit next spring.  Tall fescue or meadow fescue can be interseeded either this fall or next spring if stand is to be kept for 2 or more years.  Always be sure to choose grass varieties carefully for yield, rust resistance, medium to late maturity and winterhardiness.

Evaluating Established Alfalfa Stands
In early September, shortly after cutting, is a good time to evaluate stand density to make plans for next year.  Simply count the cut ends per square foot and use Fig 1 to determine yield potential. Thin stands will have reduced yield next year equal to or less than that indicated in Figure 1.

As a second step, dig a few plants to examine the top six inches of taproot. Split the taproot vertically and compare to Table 1.  Examining the roots in the fall will give an idea of winter survival potential and indicate whether the stand density will be similar next year (if rating 3 or less) or significantly less.

If the stem count is low and/or roots show significant rot to indicate likelihood of winter thinning, then consider turning the stand over.  Remember that there is a rotational benefit of 15 to 20% corn yield increase when planted into fields previously in alfalfa.  This should more than pay for the cost of reseeding.

Fall applications of herbicide are more effective than spring applications for killing alfalfa. Apply when temperature is >50o F to avoid reduced control by herbicide.

Why Measure a Crop’s Response to Soil?