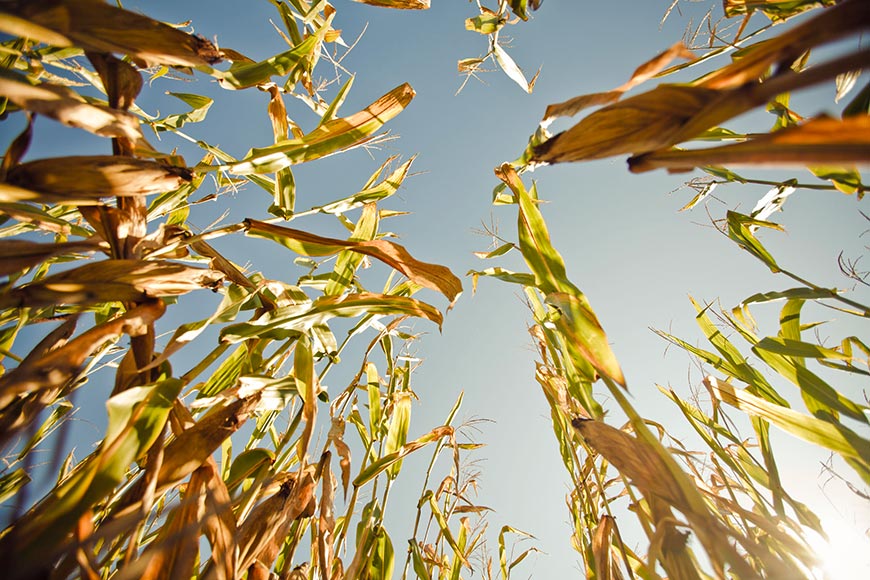 This summer, WinField United tested and aggregated the in-season recommendations of the R7® Field Forecasting Tool across the country on what we’re calling Sentinel Plots. We’ve talked with the agronomists who are managing several of these plots and have posted updates about what the tool has recommended, what actions have been taken as a result and what progress is looking like at that point in time.

Growth stage
Corn was harvested off of this Sentinel Plot on September 19.


This Sentinel Plot is situated on sandy, irrigated land along the Wabash River. The farmer who owns the land was interested in learning some in-season management strategies he could use to really push yields.

Accurate yield predictions
The R7 Field Forecasting Tool predicted a final yield of 246 bushels per acre for this field, and the average yield was actually 250 bushels per acre, so we were right on target. The R7 Field Forecasting Tool indicated that 20 cumulative bushels were lost over the course of the season (maximum yield potential of 266 bushels per acre). It is difficult to pinpoint what caused this lost yield (e.g., unfavorable weather such as cloudy days), but the intensive tissue sampling that was completed in parallel with the crop model showed that levels of essential nutrients like sulfur, zinc, manganese and boron tended to be less than adequate, even though a good field yield resulted. As such, nutrient deficiencies at key growth stages might have also contributed to lost yield potential.

Leveraging irrigation in the future
The yield that we harvested (250 bushels per acre) is excellent, but we can do more in the future in this irrigated environment. Having the ability to irrigate allows us to remove water as a limitation, but it also requires us to pay greater attention to mobile nutrients like nitrogen and sulfur that are more prone to loss in the sandy soils that are commonly associated with irrigated fields in the Midwest, as well as other nutrients that might be lacking in soils with low organic matter. As we look forward to the 2020 growing season and a crop management strategy that uses the R7 Field Forecasting Tool, we will focus on ways to deliver greater quantities of sulfur and micronutrients as well as continued fertigation of nitrogen.

Growth stage
Corn was harvested off of this Sentinel Plot on September 11.


This Sentinel Plot is situated on nonirrigated land. The farmer applied 100 units of nitrogen (anhydrous ammonia) about two weeks prior to planting. Corn was planted around April 11 using a variable-rate seeding method. An additional 84 units of nitrogen was applied at V9 using ammonium sulfate and ammonium nitrate. One hundred pounds of urea was flown on at V17 for an additional 46 units of nitrogen.

Management decisions
Disease was not a huge factor in this Sentinel Plot, though there was some Southern Rust late in the season. The field was protected by a fungicide, which helped protect this high response-to-fungicide hybrid.

Yield outcomes
At the time of our last update in August, the R7 Field Forecasting Tool predicted the field would yield 184 bushels per acre. This prediction didn’t change, and in fact the field yielded 192 dry bushels per acre with a 60-pound test weight.

The environment
Since our September update, there’s been very little disease or insect pressure in the field. What’s having the biggest affect on yield potential is the weather, which has been cool, cloudy and rainy. This is positive, because we’re not stressing the plant with heat. We’ve had a gradual, stress-free grain fill process that’s allowing for the development of deep kernels and adequate time to keep packing test weight into the kernels.

Yield potential
Last month, the R7 Field Forecasting Tool was predicting a yield of 208 bushels per acre in the field. Today, that number is 212 bushels. I attribute that to the advantages of our cool weather and lack of stress. I believe this Sentinel Plot was planted early enough where it should reach black layer before frost. The R7 Field Forecasting Tool estimates reaching black layer on October 2, so one day after that projected October 1 first frost date. Since we’ve had a few very warm days lately, I hope we’re on track.

Reaching October 1 without a frost will get a lot of early-planted corn out of the woods. If we don’t reach black layer by October 2 and we get a frost, that’s far and away the biggest thing that’s going to impact yield. I think the 212 bushels per acre yield prediction is very attainable for the field; it’s dead-center average. In years past, this farmer has had some yields of 220 and 230 bushels on this field; he’s also had some 180- and 190-bushel yields.

Continued use of technology
I’ll continue using the R7 Field Forecasting Tool this season, primarily to monitor our progress with GDUs. We’re about 275 GDUs away from black layer, so we’re close. I’m also keeping an eye on the estimated maturity date to see if that’s staying on track for October 2.

I plan on doing stalk nitrate sampling to evaluate nitrogen levels and will use the NutriSolutions® app to submit the samples. I’ll also use the R7 Tool to help the farmer evaluate yields by zone and determine why some areas yielded higher and others yielded lower. Then we can see what solutions we can implement to help improve yields the next time corn is planted on this field.


All photos are either the property of WinField United or used with permission.

© 2019 WinField United. Important: Before use always read and follow label instructions. Crop performance is dependent on several factors many of which are beyond the control of WinField United, including without limitation, soil type, pest pressures, agronomic practices, and weather conditions. Growers are encouraged to consider data from multiple locations, over multiple years, and be mindful of how such agronomic conditions could impact results. R7® and WinField® are trademarks of WinField United.

Understand the Value of Tissue Testing

Include Ag Tech in Your Financial Discussions