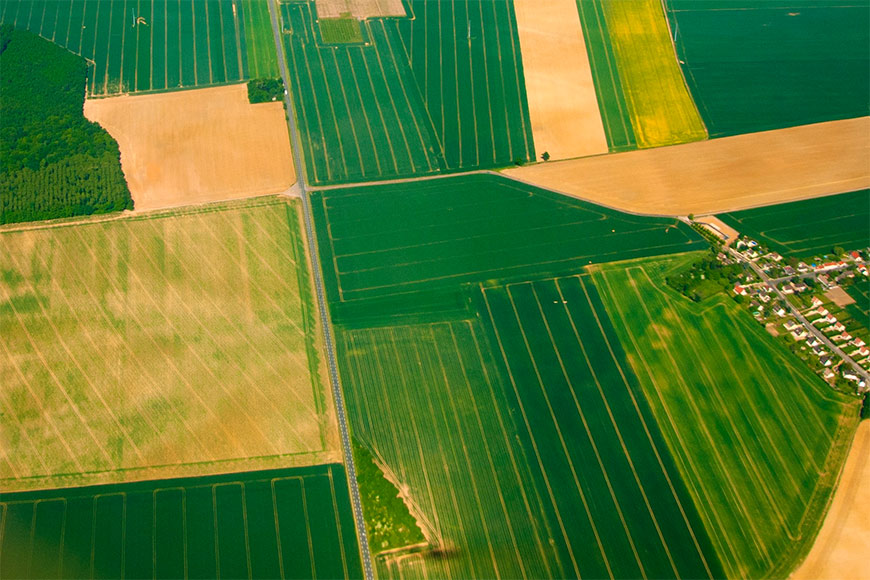 This summer, WinField United is testing and aggregating the in-season recommendations of the R7® Field Forecasting Tool across the country on what we’re calling Sentinel Plots. We’ve been talking with the agronomists who are managing several of these plots and posting updates about what the tool is recommending, what actions are being taken as a result and what progress is looking like at that point in time.

All Sentinel Plots are planted in corn. We published the first installment of the series in late July. Here is the second installment.

Growth stage
R5 (dent) is the current growth stage. The R7 Field Forecasting Tool is predicting that the field will reach maturity (black layer) on September 3.

This Sentinel Plot is situated on sandy, irrigated land along the Wabash River. The farmer who owns the land was interested in learning some in-season management strategies he could use to really push yields.

Nitrogen management
We continued to apply nitrogen and sulfur with our irrigation water through early kernel set, based on tissue testing and a predicted yield response from the R7 Field Forecasting Tool. After the critical period for kernel set had passed at the R2 growth stage, no further nitrogen or sulfur were applied; however, the farmer has irrigated regularly.

Also, due to the yield potential suggested by the model along with tissue test results collected shortly before tassel emergence, a fungicide and foliar micronutrients were applied. Despite regular irrigation that can sometimes increase the potential for foliar pathogens, the fungicide application has contributed to excellent leaf health.

Yield predictions
As the season has progressed, maximum yield potential and the predicted yield that will be harvested have actually increased. I attribute these increases to the farmer’s ability to irrigate through a period of hot, dry weather that occurred in July, as well as relatively cool August weather that has been ideal for grain fill.

The current maximum yield potential is 265 bushels, with predicted yield at 243 bushels. Visual observations and hand yield checks suggest that yield is expected to be in excess of 250 bushels. It’s important to note that the R7 Field Forecasting Tool only accounts for crop growth and development as influenced by weather (sunlight, temperature and water), nitrogen and potassium. As a result, some of the other applications, like sulfur, micronutrients and fungicide, we have made in this field may still positively influence yield and could be why the R7 Field Forecasting Tool is predicting a yield that is likely a bit lower compared to what will actually be harvested.

Further inputs
No further management inputs will be applied this season because this field is quickly approaching maturity. An additional aspect of this project, however, has been collecting weekly tissue samples beginning at V5. We will collect one more tissue sample at black layer to conclude our sampling program.

This more rigorous tissue sampling approach will allow us to make improvements for next year. For example, although we have made several applications of ammonium thiosulfate with the irrigation water, our tissue samples have continued to show that the crop still has less-than- adequate sulfur levels. This might suggest that we need to apply greater amounts of sulfur next year, especially on this sandy field where sulfur leaching is likely to occur.

The remainder of the season
A new feature within the R7 Field Forecasting Tool this year uses in-season imagery as an additional resource to predict yield on a spatial level. As I conduct more hand yield checks on this field over the next couple of weeks, I will be comparing some of these imagery-based predictions to my hand yield estimates.

Growth stage
Corn is mature and at 25% moisture.

This Sentinel Plot is situated on nonirrigated land. The farmer applied 100 units of nitrogen (anhydrous ammonia) about two weeks prior to planting. Corn was planted around April 11 using a variable-rate seeding method.

Management decisions
We made a fungicide application earlier in the season, but that decision was based more on the response to fungicide (RTF) score of that particular hybrid, current field conditions and the quality of the crop rather than information from the R7 Field Forecasting Tool. Southern rust had been confirmed in the area and weather conditions were right for that disease to spread, making a fungicide application necessary.

The remainder of the season
As the season progresses, we’ll continue to use the R7 Field Forecasting Tool to monitor the grain moisture of the corn crop.

Low response-to-fungicide (RTF) hybrid
The field is home to a low-RTF hybrid, so the farmer did not apply a fungicide this season. The field has a history of a lot of manure, so nitrogen levels were adequate and no side-dress nitrogen or any additional nitrogen in-season was needed. The farmer planted a hybrid that he wouldn’t have to manage intensely and where he wouldn’t have to devote additional dollars for a fungicide application. This particular hybrid may not be the highest yielding, but for a farmer who is satisfied with consistency and steady, average yield potential, this hybrid fit the need.

Yield predictions
When we were using the R7 Field Forecasting Tool in July, the maximum yield prediction for this Sentinel Plot was 273 bushels per acre. That prediction has now dropped to 208 bushels per acre. A cool, wet spring and early summer were part of the reason, as was a lack of heat units throughout the summer. We are about 150 to 200 growing degree units (GDUs) behind what a normal 30-year average would be. This field also had some wind damage, which caused green snap, as well as hail damage.

I find it difficult to see our yield going up at this point. Now it’s all about minimizing the downside, which means we need a lot of heat units in September. This crop may not finish before the first frost, which is still the biggest wild card. We’ve done all we can management-wise; we’re in the last 30 days of grain fill and need all the heat and sunlight we can get to hopefully reach maturity prior to receiving a killing frost.

Estimated maturity date
We’re still watching the R7 Field Forecasting Tool to monitor the estimated maturity date for this Sentinel Plot. This field tasseled on July 25, so it should reach black layer on September 25. Originally, the tool predicted maturity for September 30, which is our average first frost date. The current prediction is October 9, when it’s estimated that corn will reach black layer or physiological maturity. The tool appears to be taking the lack of GDUs into account and pushing back the date.

Plant physiology tells us that corn takes 60 days from tassel to reach maturity. I’m curious if the tool is going to outsmart the basic fundamentals of biology, or if there is something else going on this year that’s really going to delay the maturity of the corn, which is possible. Plants are biological systems and agronomy isn’t accounting. Two plus two doesn’t always equal four in agronomy and even if you fertilize for 300-bushel corn, you don’t get that yield all the time.


All photos are either the property of WinField United or used with permission.

© 2019 WinField United. Important: Before use always read and follow label instructions. Crop performance is dependent on several factors many of which are beyond the control of WinField United, including without limitation, soil type, pest pressures, agronomic practices, and weather conditions. Growers are encouraged to consider data from multiple locations, over multiple years, and be mindful of how such agronomic conditions could impact results. Answer Plot® and WinField® are trademarks of WinField United.

Use In-Season Tools to Illuminate Opportunities

The Crew Behind The Data: Part 2: Episode 96