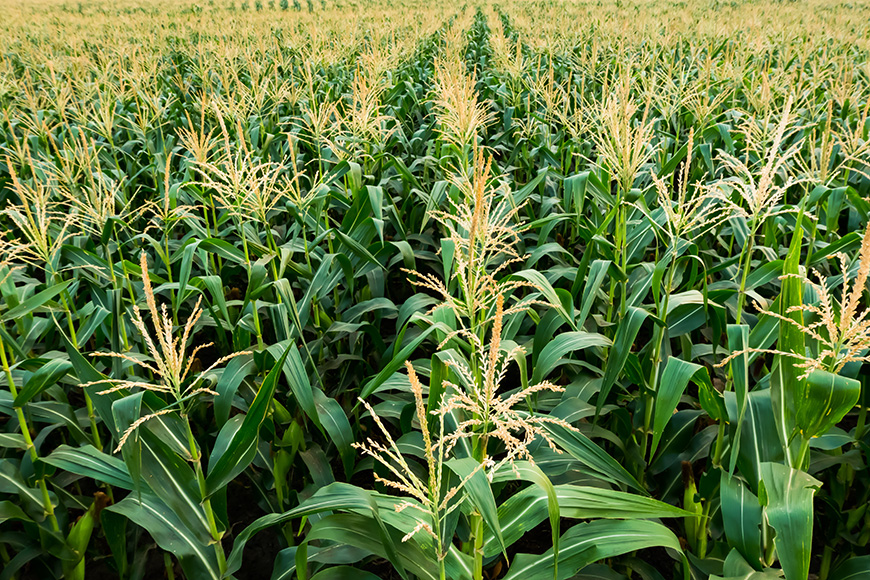 As your corn crop develops, a certain pest may be eating away at its roots. Corn rootworm is known as the billion-dollar pest for its detrimental economic impacts, and you may be missing the early signs in your own fields. Several factors last season led to heavy corn rootworm pressure across much of the Corn Belt, and effects may not have been apparent until later in the season. Mild winters help the survivability of corn rootworm eggs, and new larvae are now just beginning to hatch. If you’re concerned corn rootworm is eating away at profits, here are some tips for managing the pest in 2022.

To begin, you need to get in your fields and start scouting for early indicators. As larvae are small and hidden within the roots of plants, finding them after they hatch may be difficult. Late spring and early summer are the ideal times to begin looking. At this point, the larvae have grown, and you can get a better indication of how well your plant is performing.

To scout for corn rootworm, cut out a 7-inch cube around the plant’s root mass and inspect the roots for scarring and pruning. You will need to tear away leaves close to nodal roots to examine under leaf collars where you may find larvae hidden. Another effective sampling method is to submerge the entire root into a 5-gallon bucket of clean water. If present, larvae will float to the surface, and clean roots can be inspected for damage.

It’s easy to write off poor-performing corn to issues like hybrid choice or lousy weather. But, if you take a closer look by digging up plants and examining roots, you may find corn rootworm is the culprit for a variety of performance issues. Corn rootworm larvae feed on roots, which can limit the plant’s access to water and nutrients. Without adequate nutrition, plant health and yield suffer. Pruned roots also mean less underground support for the plant, which can result in root lodging later in the season. If you notice numerous blank kernels throughout the ear this fall, silk clipping by corn rootworm beetles during pollination could be the cause. Once you’ve identified a problem in your fields, you can start building a solid corn rootworm management strategy.

There are several strategies to consider for corn rootworm management. The best option will require you to weigh the potential for pressure in your fields, economics and convenience. There is no silver bullet, and you may need to employ multiple strategies to get effective control.

Trait selection
With depressed commodity prices over the past several years, you may have chosen to downgrade your insect trait package to reduce costs. While this strategy may have worked decently in areas with low corn rootworm pressure, growers planting continuous corn or in high-pressure areas likely suffered. If you use below-ground traits for corn rootworm, recognize that trait protection can be overwhelmed in high-pressure areas. Traits are only one strategy for controlling corn rootworm and are not a cure-all. In regions of incredibly high pressure, all corn rootworm traits are struggling to achieve adequate control.

This billion-dollar pest can do major damage to a crop, and if you fail to identify it early on, your seed investment may be at risk. Now is the time to work with your trusted advisor to develop a diversified plan to protect your seed investment. Whether that means exploring new trait options or changing your crop plan to accommodate rotation, higher commodity prices mean there’s more to lose if you don’t plan accordingly. Contact your WinField® United retailer to discuss the best options for your operation.

© 2022 WinField United. Important: Before use always read and follow label instructions. Crop performance is dependent on several factors many of which are beyond the control of WinField United, including without limitation, soil type, pest pressures, agronomic practices and weather conditions. Growers are encouraged to consider data from multiple locations, over multiple years and to be mindful of how such agronomic conditions could impact results. WinField is a trademark of WinField United. All other trademarks are the property of their respective owners.

Use Data to Customize Your Weed Management Program